In 2011, U-M announced a $14 million initiative that included reducing carbon emissions 25 percent by 2025. U-M partnered with DTE Energy as part of their SolarCurrents program to work toward the university’s sustainable efforts. Commissioned in 2012 and 2013, two solar arrays were installed on the University of Michigan Campus by J. Ranck Electric’s Renewable Energy Division. The larger ground-mounted array at the North Campus Research Complex was built on a two-and-a-half-acre section of campus with a generating capacity of 430 kW. The nearly 1,800 panels have the capacity to generate 750,000 kWH of energy, enough to fully power the Fleming Administration Complex annually. The second array, located on 1.5 acres near the Information, Science and Technology campus, has 25 rows of ground mounted panels with seven trackers that will rotate panels to align with the sun as it moves during the day for maximum power generation. JRE also installed interactive kiosks in two buildings on campus that provide real-time data on the energy output of all of DTE Energy systems, including the U-M/DTE Energy solar array. 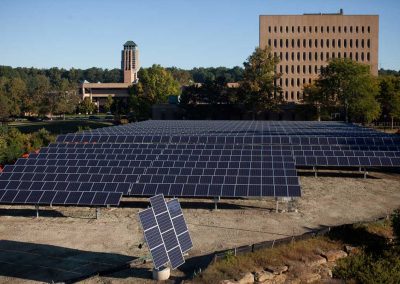 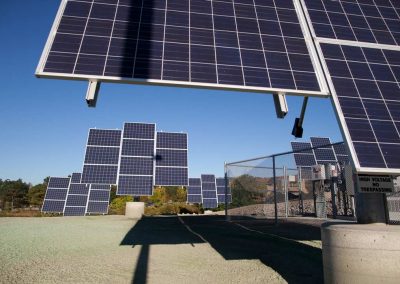 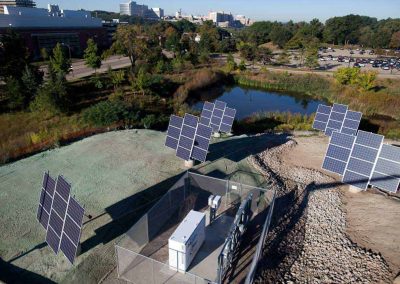 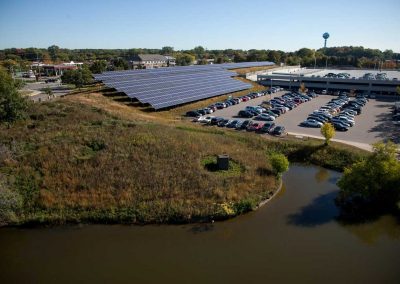 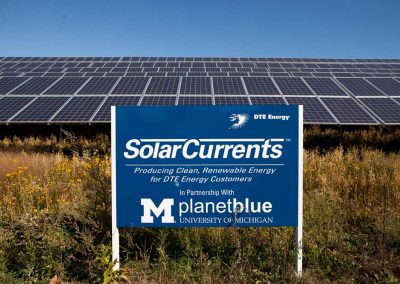 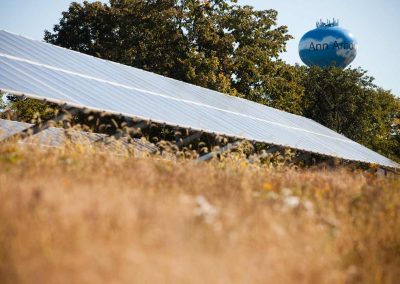 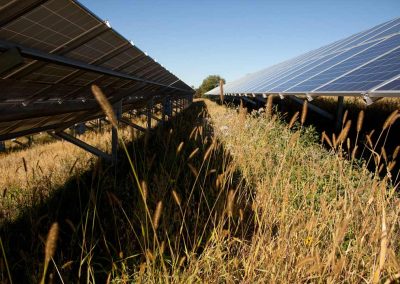