In 2015 and 2016, J. Ranck Electric worked with Rieth-Riley for the Michigan Department of Transportation in rehabilitating Taxiway C and the South Hanger Taxiway at Kalamazoo/Battle Creek International Airport.

The first phase of the project began in 2015 with the demolition of existing light fixtures and wiring, installation of all new taxiway edge lights and guidance sign bases, and all the associated underground infrastructure. Remaining phases were completed in 2016 with the replacement of the edge lights and signs. The project included over 130 new edge lights and more than 25 new signs to guide aircraft as they taxi to and from the runway.

Precision is paramount in edge lighting and airport guidance signs because pilots rely on these lights and signs to outline the taxiway and navigate their aircraft at night and in low-visibility conditions. One of the challenges JRE crews overcame with this project included the placement of the new concrete bases. Crews drilled foundation holes that overlapped but did not line up entirely with the holes left from demolition. The auger wanted to follow the original hole and, since placement was wrong before, it was part of JRE’s job to correct the locations and make sure the foundations were installed accurately and in according to project specifications. 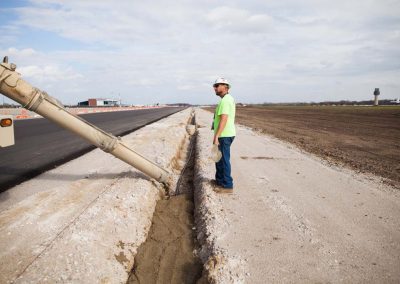 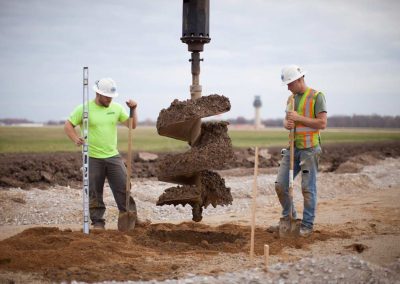 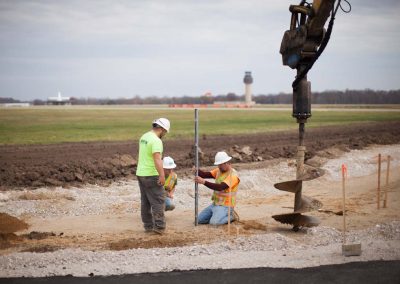 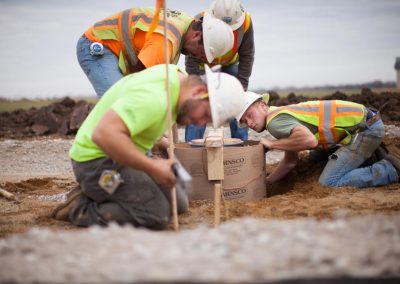 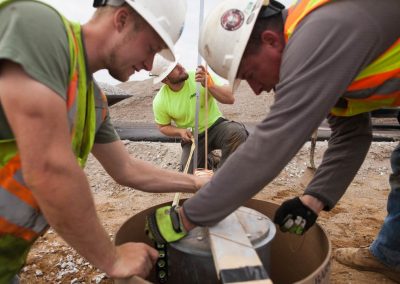 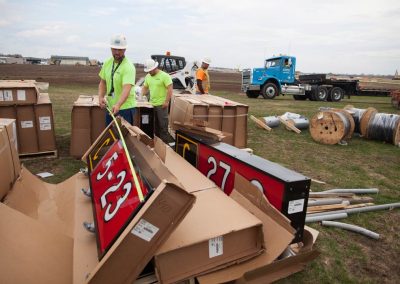